What Is the Difference Between Polyethylene and Polypropylene?

What Is the Difference Between Polyethylene and Polypropylene? 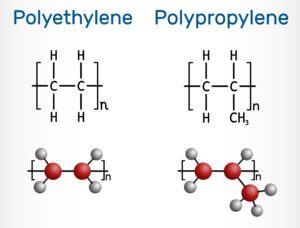 Polymer plastics are ideal for a wide range of packaging applications because of their barrier qualities, which help keep items fresh, avoid contamination, and extend shelf life. Polymer plastic containers, for example, are especially common in manufacturing facilities. They are large molecules that share standard recurring structural units called monomers. These monomers are covalently linked together to create a polymer.

They have a high molecular weight and are made by a synthesis process known as polymerization. Polymers are classified into two broad categories based on their synthesis processes. Due to other methods, they may be generated if the monomers have double bonds between their carbon atoms. When two monomers are united in various polymerization operations, a tiny molecule such as water is eliminated. These polymers are referred to as condensation polymers. Polymers exhibit considerable differences in physical and chemical characteristics compared to their monomers.

Additionally, their properties may vary based on how many repeating units are in the polymer. Polymers are abundant in nature and play an essential role. Companies use synthetic polymers for various reasons. Polyethylene, polypropylene, PVC, nylon, and Bakelite are the primary examples of synthetic polymers. When synthesizing synthetic polymers, the process must be precise to produce the desired output consistently. Polyethylene and polypropylene have become a significant environmental issue in the contemporary period because of their inability to degrade, leading to pollution. Understanding their distinctions and how to utilize them is critical. Thus, you need to understand their differences and appropriate use.

Co-polymerization of ethylene is possible, but it compromises its purity. However, polyethylene is less susceptible to co-polymerization than other polymers. As a result, ensuring its purity is often more expensive. There have been significant environmental worries about polyethylene because it does not naturally disintegrate unless treated. Nevertheless, other approaches have been devised and are being used to address this problem. Polyethylene is currently produced using sugar cane, wheat grain, and sugar beet to mitigate its impact on the environment.

Applications
Polyethylene is the most common thermoplastic consumer good, with many uses. The following are some of the more frequent applications: 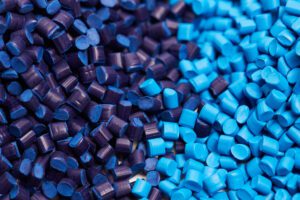 Polypropylene is another thermoplastic polymer that is stiffer than polyethylene. Polypropylene comprises propylene monomer units composed of three-carbon alkane units [–CH2(CH3)CH2]. Due to its rigidity, it is often utilized in manufacturing molded material. Propylene is often copolymerized with ethylene molecules to increase its elasticity. Ethylene propylene rubber, to be precise. Although polypropylene is less transparent than polyethylene, it may be translucent by removing the color.

Polypropylene is also classified according to its molecular weight. However, most polypropylenes have a density in between that of High-Density Polyethylene and that of Low-Density Polyethylene. When exposed to light, it undergoes chain disintegration, resulting in oxidation processes and the formation of free radicals, raising further concerns about health and its safety in the environment.

Despite its flaws, polypropylene is an excellent material. It has a unique combination of characteristics not found in any other material, making it an ideal option for various tasks.

Polyethylene is the world’s most widely used plastic to make shopping bags, toys, and shampoo bottles. MDI is an expert at manufacturing and extruding poytheylene to create double and single faced rolls / sheets, trays, totes, bins and boxes.  Polyethylene benefits and cons include the following:

Pros
Polyethylene has several advantages, so it has been used to manufacture various plastic items.

Cons
Despite its widespread use, polyethylene has a few drawbacks that may dissuade manufacturers and consumers from its utility.

Differences Between Polypropylene and Polyethylene 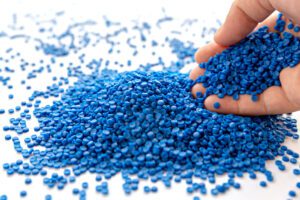 Which Is the Best Polymer Between Polyethylene and Propylene?

Polyethylene and propylene plastics provide comparable advantages. Along with being very pliable, they are also moderately impact-resistant, which means that strength is not a worry when using these polymers. Additionally, both polymers are heat resistant and have minimal toxicity to people. Their low toxicity is another consideration if you use plastic for food and beverage containers.

Finally, each of these plastics is recyclable, which may be advantageous for environmentally aware businesses involved in producing many temporary things, such as food containers and signage. There are several benefits to utilizing these plastic materials that firms should consider before final selection.

At MDI, we design and customize plastic containers that ensure more efficiency, durability, and cost-saving solutions across various industries and businesses ranging from small firms to fortune 500 companies. Contact us today to make the most use of your money when investing in any plastic.